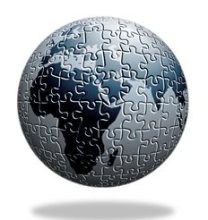 Would you like to be able to explore climate models and visualise their output? A new web-based tool from Prof David Schultz’s research group in the School of Earth and Environmental Sciences, allows you to do just that. The research team consisting of Jonathan Fairman, Stuart Anderson, and Sharon Gardner, developed the “Build Your Own Earth” model using the computational power provided by N8 HPC, the regional computing platform accessed and supported through Research IT.

Funded by the University of Manchester and NERC, Build Your Own Earth is a web-based climate modelling tool used to visualise climate model output.  The model contains 50 preselected Earth simulations where you can vary a number of characteristics of your Earth such as the tilt of the Earth’s axis, the eccentricity of the Earth’s orbit, the solar constant, the distribution of the continents and oceans, and the carbon dioxide concentration of the atmosphere. You can also view quantities such as clouds, wind, precipitation, surface air temperature, sea-surface temperature, ocean currents, and sea ice.

By using N8 HPC, the team were able to run FOAM (Fast Ocean Atmosphere Model) quickly and efficiently, allowing them to generate a large number of climate model simulations that span many years. Additionally, the team were also able to include three specific categories: Recent, Ancient and Alien Earths. Without the use of N8 HPC, it would not have been possible to produce the model on time.

Since its release, Build Your Own Earth has been used in a massive open online course (MOOC) and has also helped to develop interdisciplinary research collaborations. To find out more about the model a recently published paper “Build Your Own Earth: A Web-Based Tool for Exploring Climate Model Output in Teaching and Research” is now available or see the N8 HPC project case study.  To find out more about using N8 HPC, please contact us.