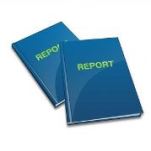 Software is often a critical component of scientific research. It can be part of the academic research methods used to produce research results, or it may be the actual academic research result. Software, however, has rarely been considered to be a citable artefact in its own right. With the advent of open-source software, artefact evaluation committees of conferences, and journals that include source code and running systems as part of the published supporting material, it is expected that software will increasingly be recognized as part of the academic process. It is therefore essential that the quality and sustainability of this software is accounted for.

The Dagstuhl Perspectives Workshop on “Engineering Academic Software” examined the strengths, weaknesses, risks, and opportunities of academic software engineering. A key outcome of the workshop is the Dagstuhl Manifesto which was published this week.  The manifesto serves as a roadmap towards future professional software engineering for software-based research instruments and other software produced and used in an academic context. The manifesto is expressed in terms of a series of actionable “pledges” that users and developers of academic research software can take as concrete steps towards improving the environment in which that software is produced.

Robert Haines, Head of Research Software Engineering in Research IT, and Carole Goble and Caroline Jay from the School of Computer Science attended the workshop and contributed to the manifesto that was published this week. Commenting on the report, rob said “I think there is an important distinction between this manifesto and most typical manifestos that are produced; it is less about what others should do and more about what we, as individuals, should do. It is easy to declare what the community should do, or what funding panels should do, or what software engineers should do, but we are the community, we are the panel members, we are the software engineers.”

A more detailed report of the workshop itself, which includes material used to draw up the manifesto, is also available.